Marg was terrified when her tarp took off 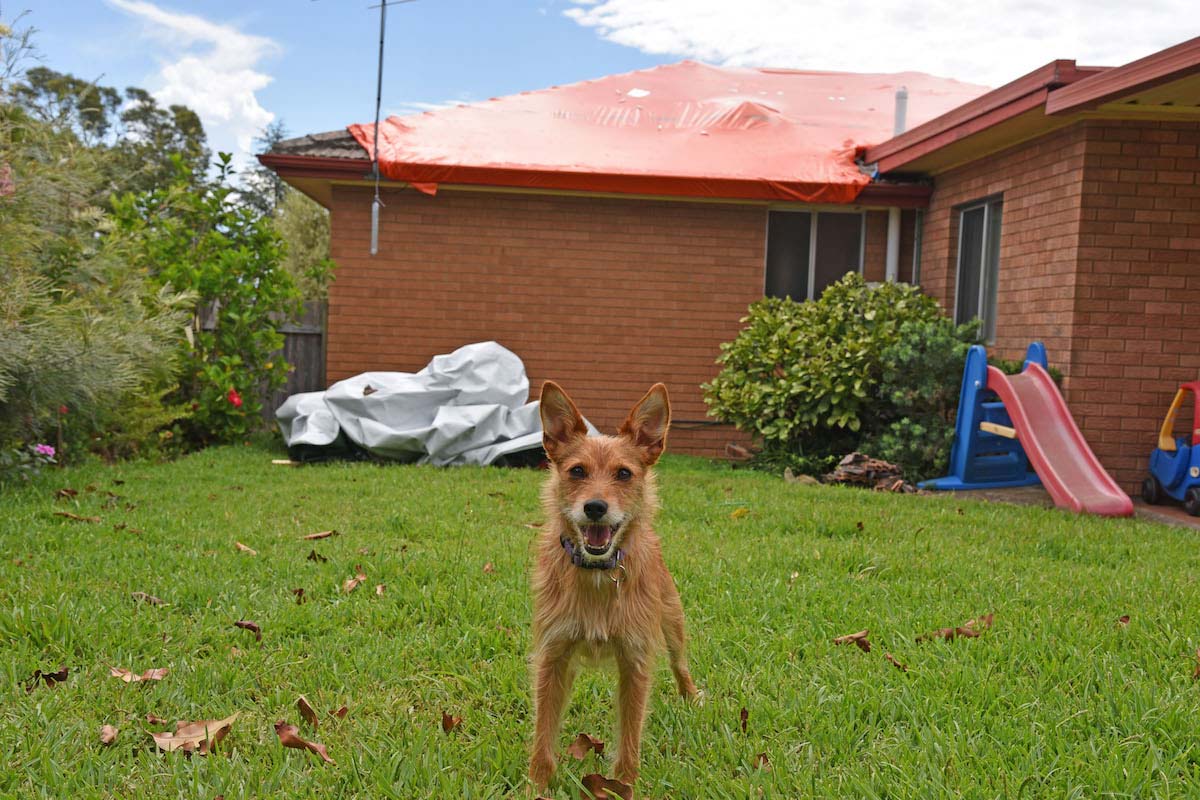 After a catastrophic hailstorm hit the area in December 2018, long-term resident Marg suffered trials that would test the strength of much younger people.

‘The hailstorm happened late in the afternoon and it wrecked my roof. I had hundreds of cracked tiles and big holes that let the rain in.

‘My insurer sent builders to install a tarp the next day, but it was hopeless,’ said Marg. ‘It kept slipping and flapping and broken tiles kept crashing down, going off like bombs. I couldn’t sleep, and my dog was going crazy.

‘The Rural Fire Service was helping people in my area and when they saw my tarp, they told me ‘that house is not safe’. I found more damage inside my house because it just wasn’t weatherproof.

‘The tarp had to be reattached seven times in five weeks. I had to keep calling my insurer to get the tarp fixed and each phone call took at least thirty minutes. I felt bad ringing all the time because I don’t like to complain, but I needed my house to be safe.

‘There were so many roofs damaged by the storm that I think the insurers’ builders ran out of sandbags. They tried to anchor my tarp with bags of broken tiles, but they weren’t heavy enough to hold it down,’ Marg explained.

‘We had a night of really strong wind and the tarp just took off. It flipped upside-down and got caught on the power lines. I was so worried. I called 000 and the fire brigade came and got it down.

‘Then my neighbour told me about Stormseal. All the roofers have seen it on her house and they’ve all said ‘that’s fantastic’.

‘I was worried that my insurer wouldn’t let me have it. But they agreed to replace my tarp with Stormseal.

‘I want to say thank you very much to the inventor of Stormseal. And I hope the people who get hit by the next storm get Stormseal instead of tarps, so they don’t have to go through what we’ve been through.’