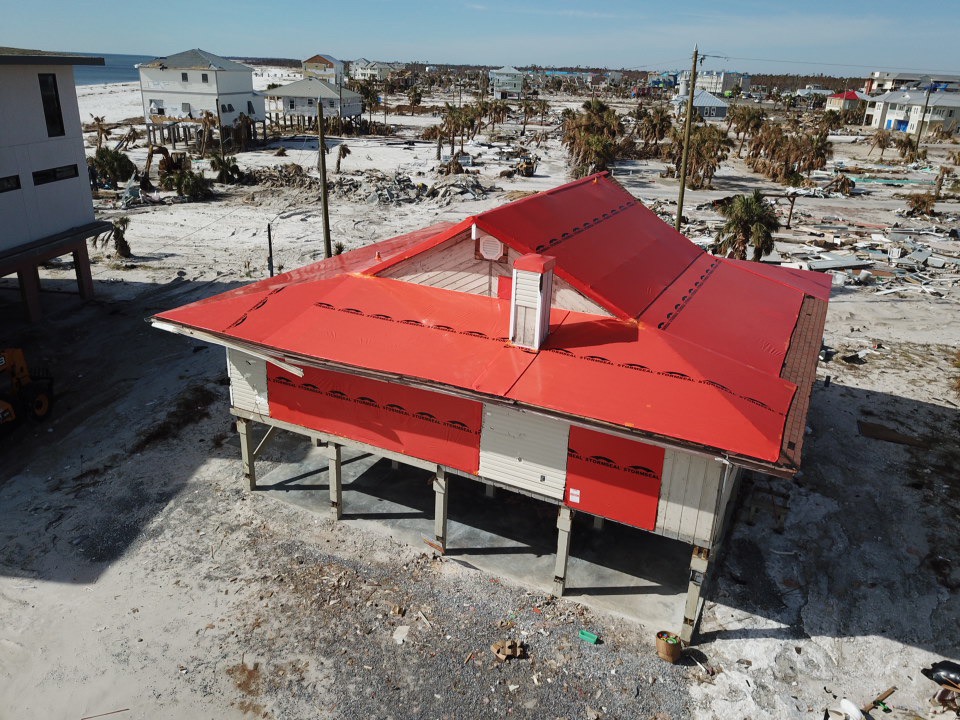 Today we’d like to introduce you to Matthew Lennox.

Hi Matthew, it’s an honor to have you on the platform. Thanks for taking the time to share your story with us – to start maybe you can share some of your backstory with our readers?

When a severe hailstorm hit Sydney in 2007, the NSW Government appointed a task force to manage the repair process. Insurance builder Matthew Lennox was tasked with repairs and reconstruction. Over the following months, he saw insurance claims multiply fourfold due to failed tarpaulins in the rain and high wind. This sparked the idea for Stormseal. ‘Damaged houses became ruined, waiting for repairs. I saw not just physical impacts and financial losses, but terrible mental and emotional suffering, which continued long after the storm was over,’ says Matt. ‘I knew that severe storms were becoming more common around the world. I was determined to find a better solution than tarps for protecting damaged properties.’ Matt put his frustration to work. He spent the next five years consulting with John O’Neill, one of Australia’s leading chemical polymer engineers, to develop Stormseal: a strong, durable polyethylene film that heat-shrinks to cover a damaged structure and stays put until permanent repairs are made. Two patents have been granted for the Stormseal film and its innovative application method. In 2009, Matt demonstrated Stormseal on The New Inventors for ABCTV. Based in Rockdale NSW, Stormseal Industries P/L was incorporated in 2015 and received an Accelerating Commercialisation grant of $450k from the Australian Government in 2016. ‘We were absolutely ecstatic when the news broke that we were successful,’ says Justin Gallagher, Stormseal’s Sales and Marketing Director. ‘The grant enabled us to establish nationwide systems for installer training and distribution in Australia and to continue building our partnerships with insurers and their networks of contract builders and roofers, as well as emergency responders, creating capacity for rapid scale up for disaster relief.’

In 2017, Stormseal entered the US and European markets and was selected from hundreds of innovative and highly commercial Australian companies that are changing the world as the winner of Anthill’s SMART 100. For building both economic and social resilience to climate change, Stormseal went on to win the Global Social Impact Award in the 2019 Australian Technologies Competition. Stormseal has now protected more than 9,000 buildings across the globe, including homes and businesses damaged by major storms such as Hurricane Michael in Panama and Florida in October 2018; The December 2018 Sydney hailstorm; The Bahamas following Hurricane Dorian in August 2019. The major hailstorms in Canberra, Sydney and Melbourne in January 2020. This included covering 25,000m² of damaged roofs in Canberra. Hurricane Laura, Sally, Delta in Lake Charles, Lousiana “That’s what it’s all about,” says Matt. “Alleviating the trauma, preventing further damage and enabling people ravaged by storms to get on with life.”

Would you say it’s been a smooth road, and if not what are some of the biggest challenges you’ve faced along the way?

I think most business owners would have a rye smile when they hear… “a smooth sea never made a skilled sailor.” Is there ever a smooth road in business? Challenges we have encountered include changing industry behavior, worldwide pandemics, wrong partners, “copy cats”…this list is endless.

Thanks – so what else should our readers know about Stormseal?

Invented by an experienced licensed builder, Stormseal is a lightweight but strong polymer film that heat-shrinks to cover a damaged structure. Unlike tarps, Stormseal stays put, resisting all weather until permanent repairs are made. Award-winning Patented Stormseal is made for emergency responders, government agencies, insurance companies and their contractors, and all other roofers or builders. It has been used to protect thousands of storm-damaged properties in Australia and around the world. We’re super proud of inventing the idea, making it a reality and then taking it around the world to help those ravaged by storms. Our main aim is to reduce storm damage suffering from home and business owners by providing secure weather protection whilst lowering the cost for insurance carriers and their reinsurers.

We all have a different way of looking at and defining success. How do you define success?

I have to quote Sir Winston Churchill:

“Success is all about going from failure to failure without losing enthusiasm.”

Originally posted on OrlandoVoyager. OrlandoVoyager is part of the LA-based Voyage Group of Magazines. Our mission is to promote mom and pops, artists, creatives, makers and small businesses by providing a platform for these hidden gems to tell their stories in their own words.