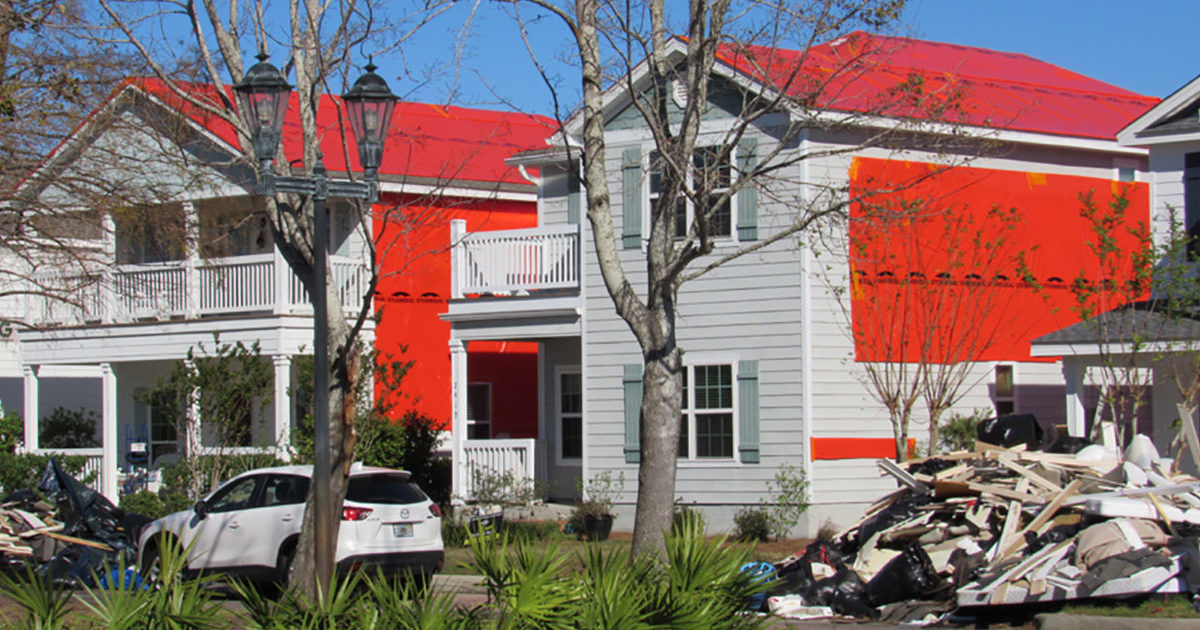 An innovative new make-safe product is boosting roofing businesses by putting them at the top of insurance companies’ call list.

The product, known as Stormseal, is an Australian invention that replaces tarps with an ultra-strong, lightweight film that is resistant to wind, rain and hail. Unlike tarps, Stormseal doesn’t leak, flap or detach from the roof—and that’s music to insurers’ ears.

Stormseal founder and Managing Director, Matthew Lennox, said insurance companies are increasingly choosing businesses with Stormseal accreditation over those who only work with tarps. And contractors charged with securing a storm-damaged property are typically getting the repair work. “If you get the make safe, you get the actual job,” Lennox said. “And if contractors have got Stormseal on the truck, they’re the ones who are going to get the call from the insurers. So, $1000 or $1500 worth of Stormseal can quickly turn into a $10,000 or $15,000 repair job.”

Lennox said one US company that had 9 employees before receiving Stormseal accreditation has now expanded to 65 employees. “It’s a huge difference in their turnover,” he said. “It’s become a really important driver for businesses looking to become accredited in Stormseal.”

Stormseal is a manufactured from polyethylene resins combined with fire-retardant and ultraviolet-resistant additives. The product then heat shrinks to the roof, resulting in a strong plastic film that strengthens a structure without damaging the underlying materials.

Unlike a tarp, which anyone can put on, Stormseal installers require accreditation through the company and their training providers. Roofing businesses anywhere in the United States can now get this accreditation with a hands-on, two-day training program through ENSA North America (lets remove this as we need their approval for any media). Once the training is complete, they will receive a unique login allowing them to purchase products online through the Stormseal website.

Lennox said Stormseal also creates incentive for contactors to do the make-safe job right the first time. That’s because the installer must sign off on a Stormseal job when the house is completed. It’s a big change from tarps, which are almost guaranteed to flap and leak regardless of the installer.

Lennox said every time a tarp fails it “puts a ball and chain” on the insurance claims process, causing cost blowouts and unhappy policyholders. “The damage has to be reassessed and the tarp reinstalled when subsequent storms occur,” he said. “It blows out costs for the insurer and the builder. In a recent hail storm in Sydney, Australia for instance, the estimated cost went from $350 million straight after the storm to more than $1 billion.”

Lennox said in his experience the average tarp blows off four or five times before repairs can be made. But in thousands of Stormseal applications over three years, only three have ever failed (and one was on the top of the Swiss Alps after surviving 7 months in the harshest conditions). That means no more 2am phone calls saying a tarp has failed, and no more doing the same make-safe job twice. Instead, Stormseal is boosting businesses by giving them the best chance at securing the make-safe job, and the subsequent repair work, from insurers.

If you register for training in the month of August to become an accredited Stormseal installer, Stormseal is offering 10% off the Stormseal starter kit. Learn more here.