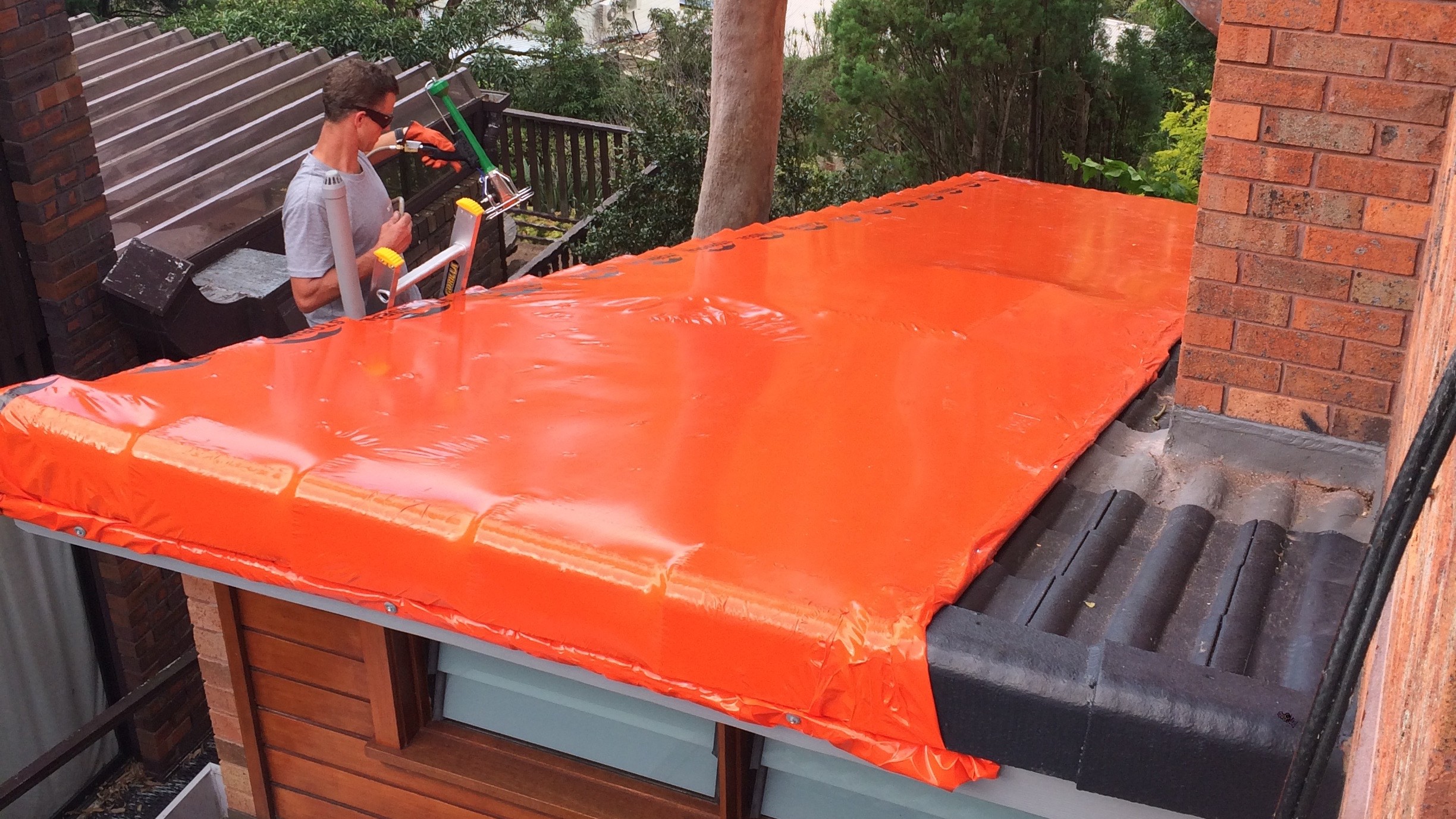 A new patented, Australian invention ‘Stormseal’ – that super seals buildings and roofs damaged by storms or left open during construction – will aid extreme weather victims, their insurers and builders, thanks to a $452,162 federal government commercialisation grant.

Stormseal’s Founder and Managing Director Matthew Lennox said the funding would allow his company to fully commericalise the product which is a unique patented polyethylene film that heat shrinks to cover damaged roofs or walls, providing strong, secure, cost-effective and lasting weather protection, unlike tarpaulins – the traditional alternative.

‘Our tests have found our product to be faster, cheaper and easier to install than a tarpaulin and can be cut and tailored at the worksite. It is currently available for use with training needed for installation but the funding will now allow us to increase production and meet demand,’ Mr Lennox says.

“Other major benefits are that Stormseal weighs less than one-third as much and requires less than one-eighth of the storage space compared to tarpaulin. Also, heat curing changes the chemical structure of the Stormseal film, enhancing its strength.

“The insurers and builders who have witnessed the potential of our versatile product know that it will cut their costs significantly, while keeping policyholders property safe. Stormseal is an ideal solution for rapid response and cost-effective resilience in the face of natural disasters.” Craig White, National Manager of Events Response, Suncorp says “I definitely see a place for Stormseal in our National Hazards Strategy.”

”Two patents have been granted for our Stormseal film and application method together with trademarks”, which we believe have the potential to take global markets by storm!” concluded Mr Lennox.

The funding was announced by the Mr Wyatt Roy, Assistant Minister for Innovation, Department of Industry, Innovation and Science under the Federal Government’s Entrepreneurs’ Program.