As seen on The Tradie: Time to Stop Tarping 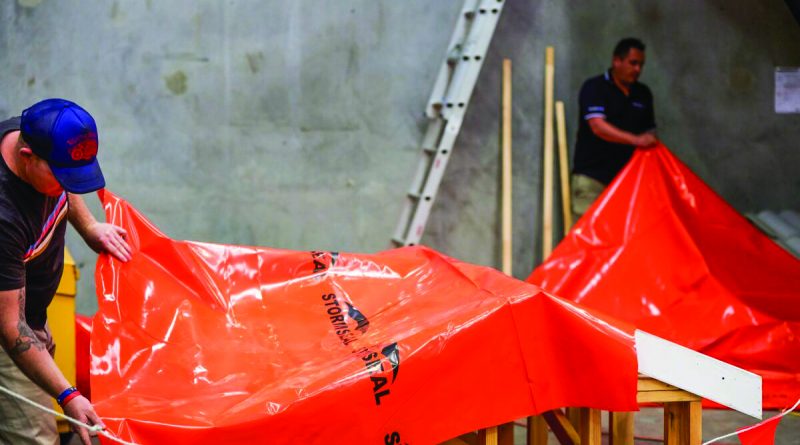 Time to Stop Tarping – Stormseal Rolls Out Ahead of Storm Season

Stormseal is a new, state-of-the-art, patented material designed to seal buildings and roofs that have been damaged by storms or left open during construction. It allows builders to safely and quickly heat-seal damaged roofs or exposed wall spaces using a polyethylene film that instantly makes the area water and wind proof.

With severe storms becoming more frequent and damaging more properties, Stormseal inventor, Matthew Lennox, decided there had to be a more secure way than tarpaulins to protect damaged roofs.

“I was overseeing repairs on behalf of the insurance companies and after each subsequent storm, we were forced to reattach tarpaulins on thousands of houses over and over again. And every time a tarp blew off there was further damage requiring another insurer assessment, quote and approval. I just thought there had to be a better way of doing things” says Mr Lennox.